“Moonlight drowns out all but the brightest stars.”

Nearly a thousand years ago, the primitive Māori departed eastern Polynesia on canoes. Becoming the first on the island, they arrived on the empty shores of what is now known as New Zealand over the course of two decades without the aid of instruments or tables. Instead, they relied on the stars, weather patterns and currents to find their way.

Before time and direction had names, humans relied on the cosmos. Astronomy is the oldest of our sciences, and since prehistoric times our ancestors used celestial pathfinding to circumnavigate the globe.

In our modern age, star navigation has become a lost art sequestered largely to captains and pilots, who learn this skill during training on the chance that their complex network of radio, satellite and inertial navigation systems should fail.

Indeed, the ease of modern technology has prompted us to exchange the Dog Star of Sirius for Siri. When hiking, it’s often simpler to pull out a map or your phone instead of taking the time to study the night sky. However, it’s a comfort to know that when you’re caught without a compass or your GPS has stopped working, you can still look up and find your way.

The North Star, or Polaris, sits directly over the North Pole. True north always lies within one degree under this star, since unlike the other stars in the night sky, it never moves.

The Big Dipper and Cassiopeia

Also known as the “Plough,” the Big Dipper is a group of seven stars that’s part of the Ursa Major constellation. You’ll be able to find the North Star using the Big Dipper’s two “pointer” stars that form the right side of its cup. If you imagine this constellation to be a saucepan, then its pointer stars are where liquid would pour out if it was tipped over by using its handle.

The North Star will always be five times the distance between these two points in the direction that they point. Like all stars, the Plough moves. It rotates counterclockwise around the North Star, sometimes appearing on its side or upside down. However, you can always use its two pointer stars to find Polaris.

If you see the constellation Cassiopeia, you’ve gone too far. This collection of stars looks like a W, and is always located high in the sky on the opposite side of the North Star than the Big Dipper.

If you find yourself hiking below the equator, the North Star won’t be visible. While the South Pole has a star of its own, Sigma Octantis, it’s too dim to do many navigators much good. Instead, you’ll be looking for the Southern Cross, known as the Crux constellation.

Crux is made up of four stars that form a cross, with each point depicting an end. It also resembles a kite – if you draw a line from the top of the kite to the bottom, it’ll point you south.

Drawing a line through the two stars of the crosspiece will point you to the star of Alpha Centauri, part of the Centaurus constellation and the closest star to our planet after the sun. It’s about 4.3 light-years away, meaning that its light takes four years to get to the Earth.

Like the sun, all stars rise in the east and set in the west. If you can’t remember anything else in this article, remember that fact and you’ll be able to find your way if you ever get turned around backwards.

From where you’re standing, place two sticks on the ground about one yard apart. Now pick any star in the sky, line it up with the tops of both sticks, and wait about 30 minutes.

As the earth rotates, the star will move with it. If it runs left, you’re facing north. If it moves right, you’re south. If it rises, you’re east. If it sinks, you’re west.

Another constellation to help you find your way is Orion. Orion’s belt is made up of the only three bright stars in the night sky that form a straight line. No matter where you are in the world, the star on the belt’s right side, Mintaka, rises and sets within one degree of true east and west. Likewise, following the point of Orion’s sword will show you south

From whichever point you’re standing in the northern hemisphere, the North Star will be the same angle above the horizon as your latitude. Your latitude, which measures your north/south distance from the equator, can also be roughly discerned from the distance between the Big Dipper and Polaris.

Together with longitude, which measures east/west distance, you can tell exactly where on the planet you are. With a map, of course.

A sextant is great to keep on hand for an exact measurement – this is a navigation instrument that measures the angular distance between an astronomical point and the horizon. However, if you don’t have one handy (and really, who does?) you can make an estimate using your fist.

Extend your arm toward the horizon and make a fist, with your knuckles facing outwards. Then, fist over fist, count how many it takes for you to get from the horizon to the North Star.

For most people, an outstretched fist makes an angle that’s close to 10 degrees. So, if it takes five fists to reach the North Star, your latitude is about 50 degrees N. Even if you know just your latitude alone, it can confirm whether you’re traveling in a straight line or in circles.

Getting away from the stars for a bit, you’ll need to know the Greenwich Mean Time (GMT) to calculate longitude. This is the clock time at the Royal Observatory in Greenwich, London, where the prime meridian is 0 degrees. It’s the same time all year round, and isn’t affected by Summer Time or Day Light Savings Time. When the sun is at its highest point in the sky, which is exactly above the Prime Meridian, it’s noon at Greenwich.

Keeping in mind that the Earth turns 15 degrees per hour (or 360 degrees in 24 hours), you’ll multiply the time difference by 15 degrees to determine your longitude. 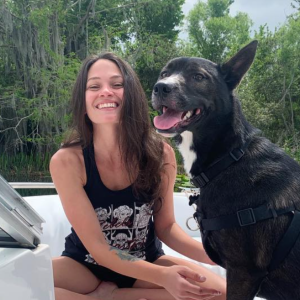