It’s a valid question, and one that a lot of newer campers ask themselves. Statistically speaking, bear attacks are actually rare. Encountering a bear is still a concern because they can be dangerous to humans. The question then remains. Should you actually lie down and play dead if you encounter a bear in the wild? The answer isn’t a simple yes or no, but we’ll get into that and provide some other advice in this piece, so keep reading.

Precautions – The most important advice we can give you is to take precautions when camping so that you can avoid coming face to face with a bear in the first place. The first tip is to know whether or not you’re in bear country. If you know that you are, you’ll want to research and see if there are any active habitats in the area. Avoid those areas if you can. Another precaution is to make sure you store any food in bear-proof containers; some states and parks may mandate this. Finally, make sure that when you take these trips, you carry bear spray with you and have it readily available when you’re out in the wilderness.

If you are camping or hiking in bear country – Try to remember that bears do not want to hurt you. In fact, they typically avoid humans as often as they can, unless they’re startled, guarding food, or protecting their cubs. If you make noise when you hike or set up camp, there’s a chance that bears in the area will move away to avoid you. Making them aware of your presence ahead of time will reduce the chance of you startling them. If you stick to hiking trails and remain aware of your surroundings, you should be able to see bears before you get too close. That should help you avoid those circumstances that make them more likely to attack.

If you do run into a bear – Remain calm. Another important piece of information is that you should not try to run away. Running will likely set off the bear’s predatory instincts. They will outrun you and catch you. So again, DO NOT RUN. Start backing away slowly and speak firmly in a low voice. Bears typically won’t lash out immediately. If you can, try to identify the type of bear you see. In North America, you’ll typically run into black bears or brown bears. Black bears are the smaller of the two, typically around 4.5 feet. Generally, they’re less aggressive and more likely to run away when they encounter humans. Conversely, brown bears are much bigger, growing up to 9 feet tall. These bears are more likely to be aggressive and attack humans. Still, they won’t go out of their way to attack. They will only do so if they perceive you as a threat, which is why the best course of action is to back away slowly and speak in a low voice. Knowing that type of bear you’ve encountered can inform your next decisions.

What if the bear starts charging? – If you’ve taken all the precautions and find a bear approaching you aggressively, your best bet is bear spray. This is widely available online, at campgrounds, and markets in bear country. When you go to the camp sites or hiking trails, you’re going to want to make sure that your spray hasn’t expired. You’ll also want to make sure you follow the instructions it comes with and store it properly to ensure it works if the need for it arises. Typically, when you use bear spray, it will fire about 25-35 feet. You’ll want to make sure the bear is within that range and that you spray the area between yourself and the bear, so that it has to cross into the spray to get to you. You’ll also want to keep the direction of the wind in mind so you don’t spray yourself. In most cases, this spray will deter the bear from pursuing you and make it run away, or at least give you the chance to safely escape.

If all else fails –  If you don’t have bear spray or if you’re in the rare situation where it doesn’t work, you still have a few last resort options. You can play dead, in the hopes that it loses interest and leaves you alone, or you can try to intimidate it and injure it, scaring it off in the process. The former is the safer option of the two. You’ll want to make sure you lie on your stomach and cover your head & neck with your arms. This position will provide your vital organs with at least some extra protection. The bear may bite and scratch you, but it’s likely to lose interest in you and leave. If the bear does leave, stay down for an extra 10-20 minutes. You don’t want it in the immediate area if you get back up to leave.

It might not seem all that helpful to lay down if you run into a bear, but it can save your life. The practice has saved lives in the past. But remember, there are other significant steps you can take to avoid a bear attack in the first place. They’re very rare to begin with, but taking every precaution you can will put you in the best position to enjoy your camping and hiking trips. 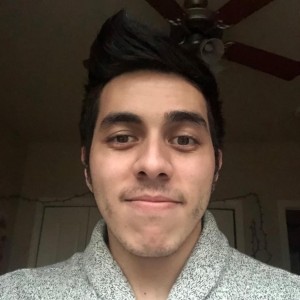