10 Harmless Looking Fruits That Are Poisonous

Plants are amazing organisms. They can do some crazy things to ensure their survival. Just because fruit comes from nature, it doesn’t mean that it’s always safe to eat. While one fruit may be safe for consumption, it might have a dangerous doppelganger that can take you down.

Atropa Belladonna, better known as nightshade, is one of the most poisonous plants in the world. The plant itself looks beautiful with its bell-shaped flowers and tempting blackberry fruit, but its berries possess lethal amounts of tropane alkaloids. The berries start out green when they first appear, and they get more poisonous as they ripen. History has told us that nightshade was often used as a sleep aid as well as a method to end someone’s life.

The root is the most dangerous part of the plant, and just two berries can take down a child, but at least they’re pretty to look at.

One of the most common places to find berries growing is on ivy. However, it seems that all ivy berries are poisonous. From poison ivy to Boston Ivy to English creepers, the berries on these plans should be avoided at all costs, no matter how tempting they might look. These berries are full of oxalates, which are tiny needle-like crystals that can cause a lot of discomfort in the skin, face, tongue, and lips. Luckily, these berries are really bitter, so people usually stop eating them after accidentally tasting one.

The European spindle is one of the most beautiful trees around. It provides food for wildlife and is even used as a fine charcoal by artists. Its fruit looks good enough to eat, but you shouldn’t touch them. They contain a bitter terpene as well as theobromine and caffeine.

Not only are all these things bad for your pets, but they’re bad for you too. The fruits also contain harmful glycosides, which we’ll talk more about later. European spindles are regarded for their beauty, which is why you’ll often find them in parks and other public places. The biggest consumers of this poisonous fruit tend to be children because they just don’t know any better.

Berries on the Daphne shrub look mighty tempting. The shrub itself is usually between 1 – 1.5 meters in height. Popular in North America, berries from this plant have claimed a few lives because people often plant these shrubs in their garden.

All parts of the shrub are poisonous with the highest concentration being in the twigs and berries. Even just handling the twigs, can cause rashes and eczema. The Daphne toxin also causes a choking sensation when consumed. Interestingly enough, birds can eat these berries without being affected by their poison.

Yes, Elderberries are poisonous. Although elderberries are a staple in teas, jams, jellies, and more, the leaves, seeds, and twigs are feared for their poisonous elements. These things contain glycosides, which produce cyanide. Luckily, the plant does have a low toxicity level, but that doesn’t mean that you can go into the woods and start ingesting them. Poisoning from elderberries causes nausea, vomiting, pain, and even falling into a coma. Let the professionals handle your elderberries for you so that you don’t accidentally poison yourself.

Lychee fruit is edible if it’s ripe. That’s the type of thing in the fine print that you need to read before because consuming an unripe lychee can end your life. Every year, many children in India pass away from eating this fruit before it’s ready. It took years for scientist to figure out what was happening to the children who mostly lived in India’s largest lychee cultivation region. Unripe lychee has a toxin that causes low blood sugar. If the person eating the fruit already has low blood sugar or they’re malnourished, it can cause fever and brain disease.

The jatropha fruit looks so harmless and normal that it continues to trick people into eating it. This fruit has been nicknamed the purging nut as it creates a burning sensation in the throat and causes severe abdominal pain. It also makes you vomit. It is also called the black vomit nut because, well, let’s just say that things start coming out from both ends. In severe cases, the fruit can cause cardiovascular collapse and dehydration. Needless to say, the Jatropha fruit has taken a few lives, and it will continue to do so if humans remain uncareful.

The Ackee fruit literally looks like a delicious fruit pie hanging from the trees. It is native to West Africa and is the national fruit of Jamaica. It grows from a tropical evergreen tree that grows to be about 40 feet in height. Technically, you can eat the Ackee fruit, but there is a proper way to do it. Improper ingestion creates the poisoning effect that we all want to avoid. The Ackee fruit contains hypoglycin, which is what makes the fruit so poisonous. If you truly want to eat it, you have to wait for it to ripen. If not, you’ll vomit so intensely that you’ll be put into a coma or worse.

Doesn’t starfruit sound so whimsical. It is a fruit that is consumed regularly, and it’s actually quite delicious. However, something this delicious comes with a price. The fruit has a deadly neurotoxin in it that affects the nerves and brain. If you have healthy kidneys, then you should be able to filter out this neurotoxin. But if you’re someone who has kidney problems, then your kidneys won’t be strong enough to filter the neurotoxin out. Symptoms of starfruit poisoning include seizures, weakness, vomiting, mental confusion, and more.

Pokeberries are deceiving because they look very similar to grapes. They often get mistaken for the edible fruit, especially by children. This fruit comes from a shrubby plant with purple-red stems that can be found in forests. Those who have eaten, pokeberries will often experience blood in their gastrointestinal system as well as a lot of agitation and pain. While the berries are poisonous, people have cooked pokeberry leaves into their salads without any issues, but that isn’t something that you should try at home yourself.

That’s all for harmless looking fruits that are actually poisonous. Have you ever accidentally eaten one of the fruits on our list? Tell us your story in the comments below. 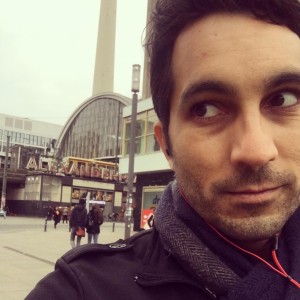