10 Science-Backed Health Benefits of Being In Nature

We all know that being out in nature makes us feel good, but did you know it is actually supported by scientific research.?! Check out how!

Exposure to natural light can help to regulate our circadian rhythm and adjust our body clock to ensure a healthy sleep cycle, which is essential for good health.

Studies performed by the California Air Resources Board have shown that the air near natural or rural areas have fewer pollutants than air near cities. Breathing clean air reduces the risk of lung cancer, asthma, chronic bronchitis and heart disease.

The benefits of exercise in reducing diabetes, strokes, heart attacks, obesity, osteoporosis, and much more, has been widely documented. Recently studies have revealed that exercise performed in an enjoyable environment, like a good hike in the county, can be beneficial to the mind and body.

Studies published in psychological journals have shown that exposure to nature, even through photographs, can relieve mental fatigue and boost mental energy – especially if the place evokes a feeling of awe. Studies also show that spending time in nature increases serotonin levels, a neurotransmitter which creates a feeling of well-being.

A University of Michigan study showed that subjects scored 20-percent better on a second simple memory test after taking a walk through an forest or park with lots of trees, compared to those who took a walk down a city street.

Studies in Scandinavia and Japan have revealed that people who spent two nights in a forest showed significantly lower levels of cortisol, a common marker for determining levels of stress, and a decreased heart rate, when compared to people who spent the same time in a city environment.

Ophthalmology journals have cited various studies which show that the development and progression of myopia in children and young people can be significantly decreased by increasing the time spent outdoors. It can also decrease the negative effects on the eyes developed from spending long periods of time in front of a computer screen.

A 1991 study revealed that participants who had taken a short walk in nature scored far higher on a proofreading test than those who had walked in the city and those who had just rested. The conclusion of one study published in Psychological science is that interacting with nature can alleviate the overstimulation that your brain experiences every day.

One 2012 study suggests that a four-day nature trip can improve people’s performance when faced with a creative problem by as much as 50-percent.

Elderly patients who spent a week in a forest showed reduced inflammation and decreased hypertension, both of which can reduce the risk of autoimmune disorders – including cancer. There is also evidence that time spent in nature can increase the production of proteins which have an anti-cancer effect. A Japanese study showed that women who spent six hours in the woods over two days showed an increase in white blood cells, which fight tumors and viruses. The benefit from these white blood cells was evident for up to seven days afterwards. 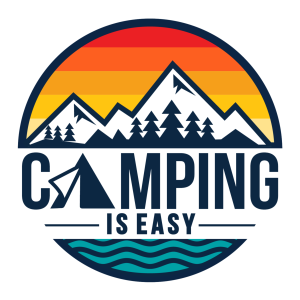